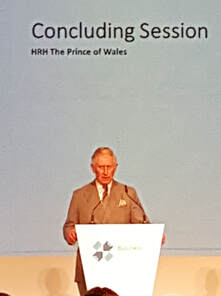 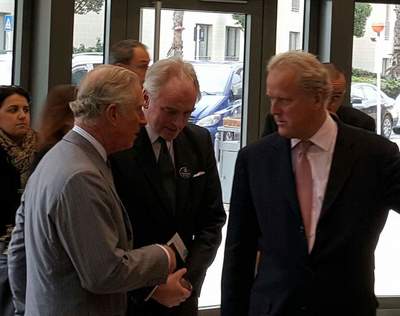 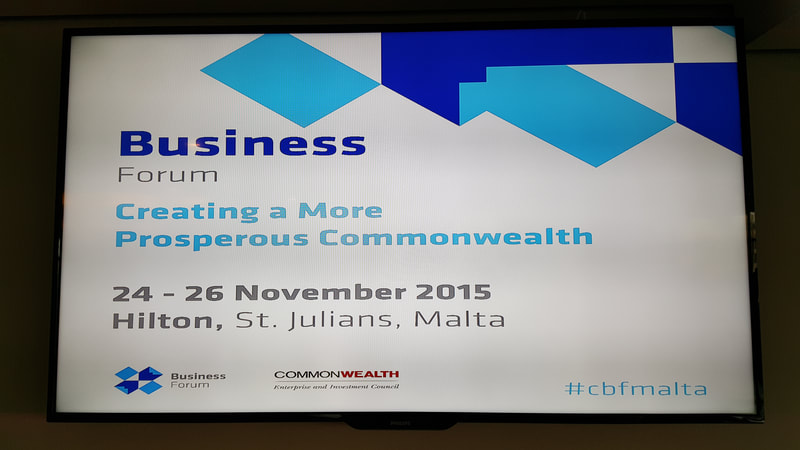 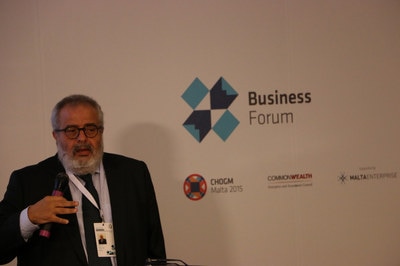 This year’s CBF takes place in November in Malta, on Italy’s doorstep.

In May we organized the Launch in Italy - an opportunity for Commonwealth representatives present in Italy to have a sneak preview of what is going to be discussed in November in Malta. The Launch in Italy is also an opportunity for Italian business leaders to consider doing business with the commonwealth and to understand what opportunities may be waiting for them if they go to Malta in November.

We also collaborated on organizing a delegation from italy to go to Malta and participate in the CBF from 24 to 26 November. 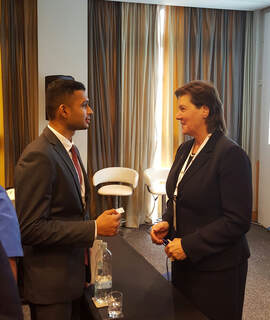 ​Our scholarship winner Vignesh Suresh's report from Malta...
COMMONWEALTH YOUTH FORUM AND BUSINESS FORUM
Having arrived just in time for the Commonwealth Youth Council Executive election results, it was clearly evident how imperative the outcome of these elections were for the countries in the commonwealth, as the ceremony was graced by none other than the Honourable President of Malta. The newly elected council composed of a Chair and several Vice Chairs will be responsible for the implementation of the action plan, created during the Youth Forum, in the subsequent two years.
So what exactly is the Commonwealth Youth Forum and what is its purpose? Well, basically the Youth Forum is one of the four fora held just before CHOGM to help set the agenda for the actual meeting between the Heads of the Government. This year’s Youth Forum which took place from 21st of November to 25th of November 2015 in the vivacious Island of Malta, brought together youth leaders from across the Commonwealth to exchange ideas and experiences to identify the most significant challenges and opportunities facing the youth of today, and accordingly make recommendations to the decision makers at the highest levels in the form of resolutions.
Throughout this week, numerous workshops were conducted in which the delegates were divided into small clusters to come up with concrete proposals to address the major issues facing the Youth of today. The four main focus areas were the economic, political, environmental and social agenda. Some of the key questions that were covered in these thematic discussions include ‘Countering the rise of Extremism’, ‘Sustainable Employment’, ‘Climate Change’, ‘Youth Entrepreneurship’ and ‘Protection of Natural Resources’.
Personally, it was a great opportunity to be able to network with all the youth leaders from across the world and truly an inspirational experience to learn about some of the revolutionary ideas that were being implemented across the globe. The various ways in which the youth across the commonwealth were empowering themselves has motivated me to be more proactive in the society and find a way to make my contribution towards the sustainable growth of the economy.
Similarly on the other side of the Island, the Business Forum was also another great educational experience with speakers ranging from Presidents of various Multinationals to Presidents and Prime Ministers of several Countries. The Business Forum was a platform through which key personalities from across the countries in the Commonwealth came together to share the challenges and opportunities present in their region.
The calibre of some of the individuals present at the Business Forum was truly remarkable and I am grateful to the Commonwealth club of Rome and Luiss Business School to have given me the chance to be able to interact with such high level profiles.
Overall the entire experience was genuinely exceptional and has motivated me to ensure that I attend the following Forums in the upcoming years.