The Club welcomes members from any country and nationality who share our interest in exchange between Italians and the citizens of the Commonwealth of Nations.
​1947
Foundation
The foundation dates back to 1947, when a group of British businessmen in Rome - led by Benjamin Parker of the Cunard Line, Curtis Dudman of the Anglo-Iranian Oil Co., George Boughton of BEA, and Colonel A.N. Hancock - decided to form a ''luncheon club'' in which to meet regularly. Benjamin Parker was our first Chairman from 1947 until 1956.
1951
The "luncheon club" met regularly at the Hotel Flora at which, in 1951, the guest of honor was
​ Prince Philip, Duke of Edinburgh...
​​He also played in a tournament at Roma Polo Club​
1956
John Saxon-Mills became Chairman (1956 to 1980) in what was a period of great growth: the possibility 'for membership was extended initially to the commercial attaches of the embassies of the countries of the Commonwealth and then to all the citizens of those states (with the adoption of the current name of the Club).​
1959
we hosted Mario Soldati​
(Italian writer and film director... see biography)
To Plan or not to Plan
​a short talk delivered to the members of The Commonwealth Club of Rome
​on 19th February, 1959
1997
we celebrated our 50th anniversary
AdnKronos
ESTERI
Commonwealth Club: 50th anniversary in Rome
​Rome, 20 october, 1997
The ''Commonwealth Club of Rome'' celebrates in 50th anniversary in Rome. The anniversary was celebrated with a lunch offered by the British Ambassador Tom Richardson at the official residence Villa Wolkonsky, in the presence of representatives of other countries of the Commonwealth. ''A forum for the community english-speaking community, who come together to listen to prominent speakers on topics of interest to members of the commonwealth, the Club can boast a half century of life, a result of no small importance in these times of change" stressed the Chairman of the Club, Marcia D. Stewart.

During these times the Club hosted prominent speakers ranging from diplomats, politicians, economists and writers.

We celebrated its 70 anniversary with a conference and lunch, attended by the UK Ambassador to Rome, Jill Morris and the chair of the Commonwealth Enterprise and Investment Council, Lord Marland.​ 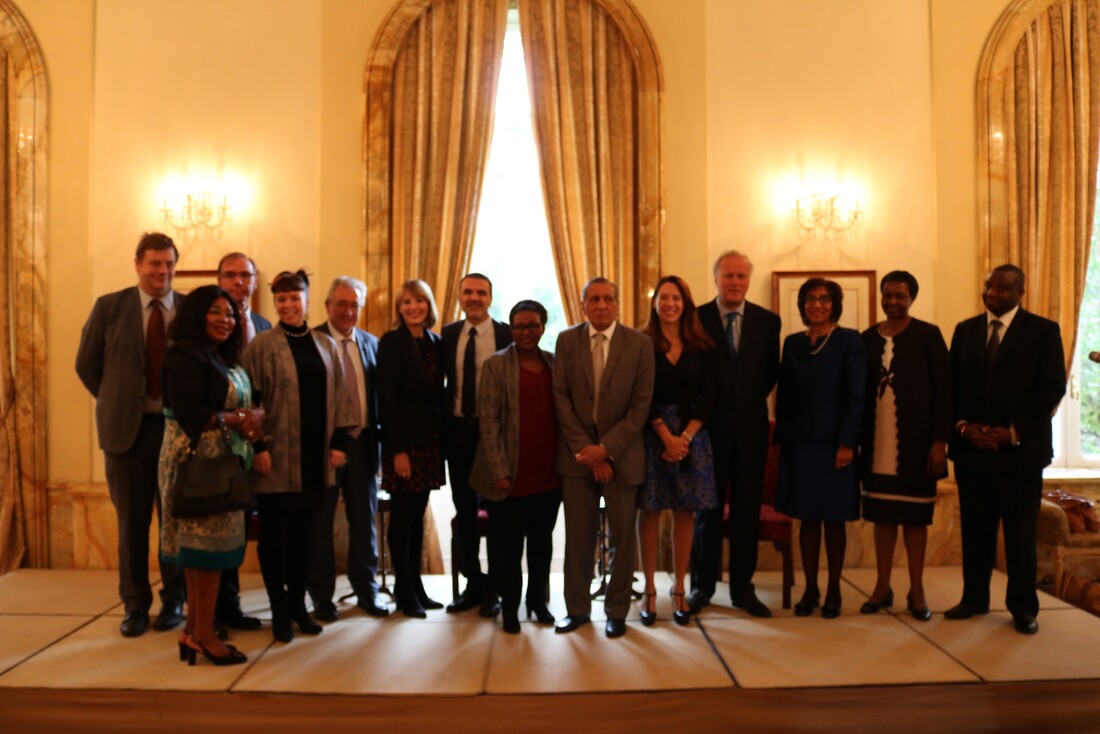